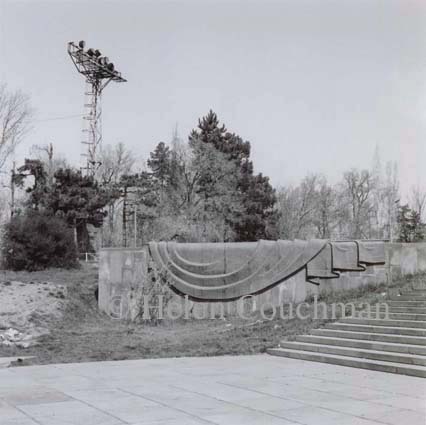 This series of photographs was taken while traveling around Armenia in 2004. The purpose of the trip was to better understand the country and to exhibit in the capital Yerevan. I worked there for three weeks, partly in a studio in the capital and partly staying in various parts of this extraordinary country.

The monuments and architecture reflected the many influences upon this country, ranging from becoming the first country in the world to convert to Christianity in the early 4th century, to its incorporation into various empires including the Roman, Byzantine, Arab, Persian, and Ottoman. Later still the Soviet Russian style of architecture became the dominant architectural mode (until 1991), when Armenia again gained its independence due to the implosion of the USSR.