This short has shown up on You Tube. It was broadcast as an official Beijing 2008 Image of the Day during the Olympics.

It is commonly known as the Bird’s Nest but Beijing’s National Stadium is more than a name. It is a testament to the hundreds of migrant workers who toiled long and hard to make it a reality. See the book that celebrates their achievement. 13th August 2008 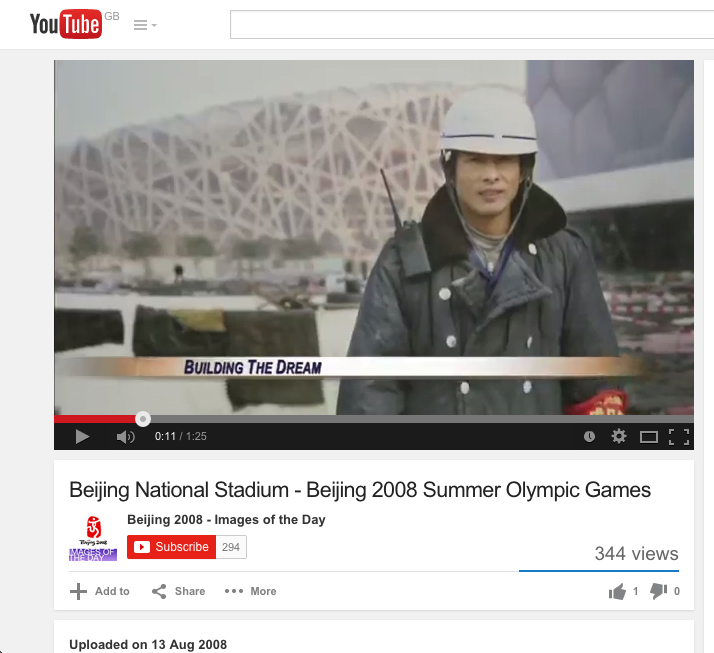 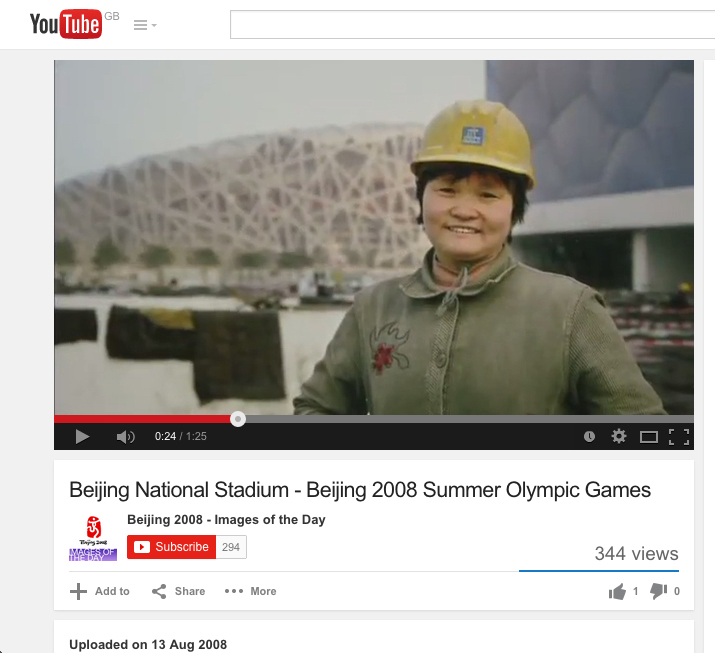 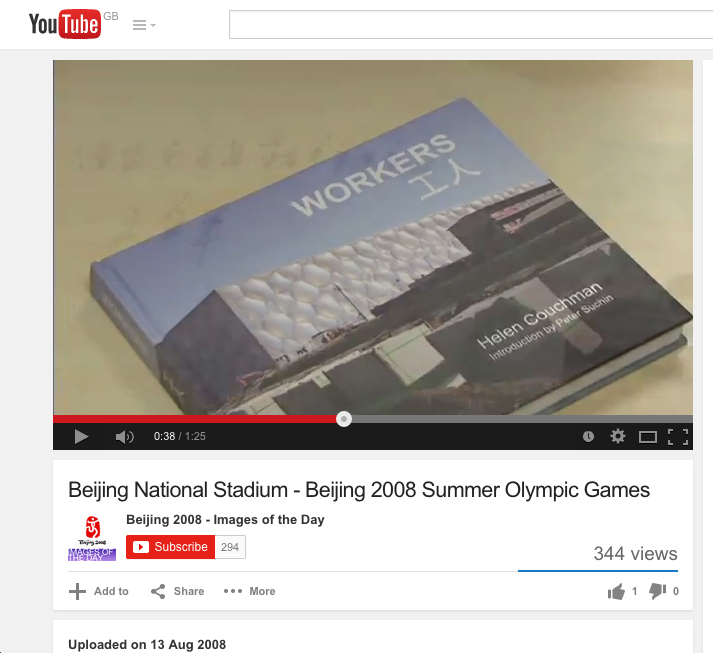 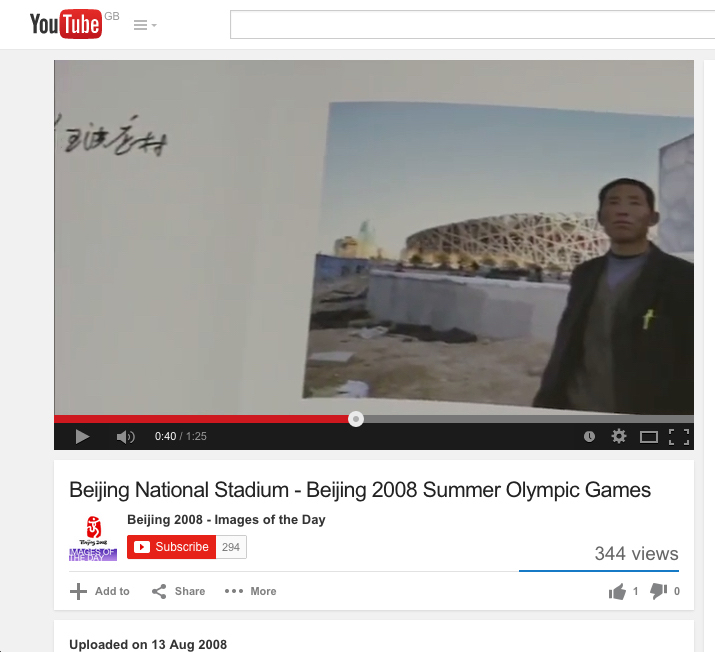 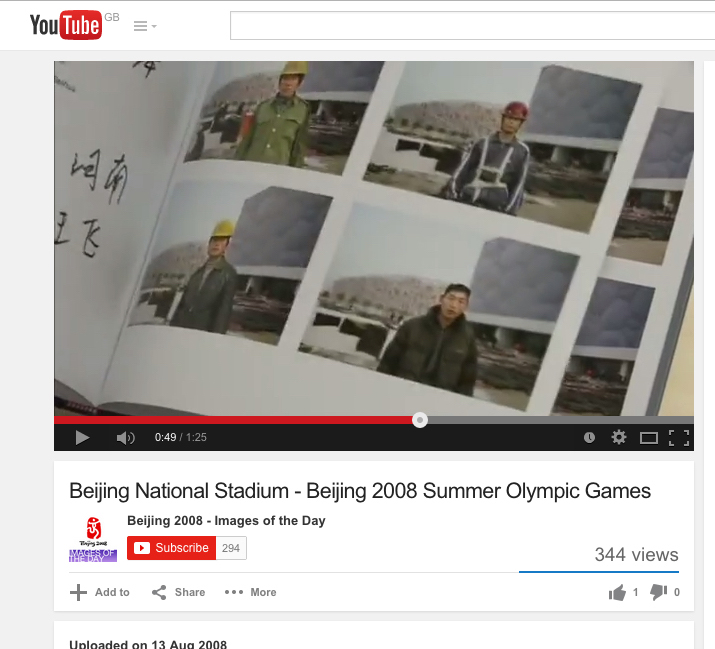 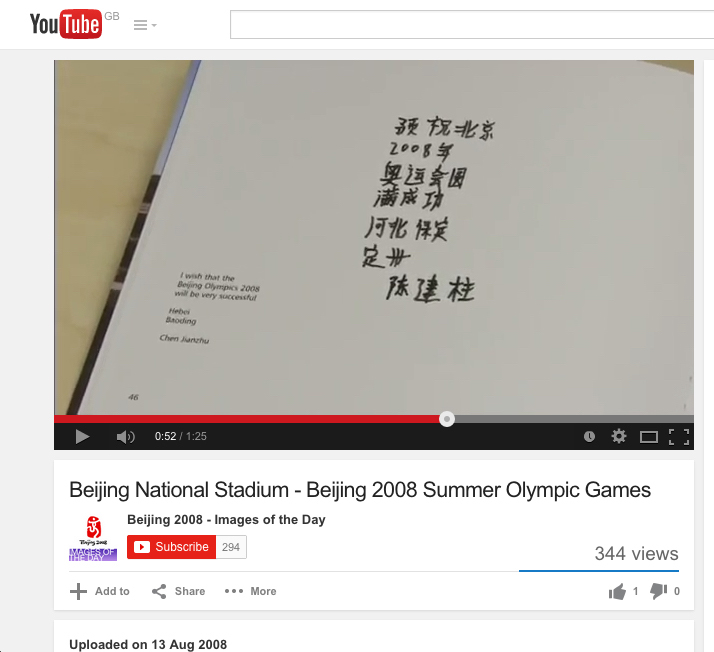