An exploration of a modern day concept of Chinoiserie; relationships,
aesthetic responses and perceptions of China.

This exhibition brings together artists from the UK and Canada whose work or practice is affected by their connection to China. The exhibition explores how pervasive Chinese culture, industry and aesthetics are in our everyday lives, be them actual or perceived.

‘Chinoiserie’, a French term meaning ‘Chinese-esque’, derived from the Seventeenth Century as an entirely European style that was influenced wholly from China and the East. The China that was being emulated was in fact fictitious. Very few real images of life in China had reached the west. Instead a Utopian land was described and repeated through the use of decorative motifs and styles. The influence and desire for China, it’s trade and culture ramified in to the 19th century, opium wars, trade and colonialism.

In Contemporary Chinoiserie we look at the work of nine artists’ whose practice explores their relationship with China through photography, prints, film, sculpture and ceramics. The artists all reference a contemporary response to a China, neither fully understood nor real; from stylistic responses, mythical tales, and references of racism and displacement to a desire to understand what China means to them. Whilst many of the artists’ are of Chinese descent, others are linked to China through family or, in one case, live in Beijing.

Artist Stephanie Douet is interested in Chinoiserie as the birth of leisure in Europe. The fractured, fictional idyllic life the aristocracy in Europe imitated of China is explored in her bizarre sculptures. Douet, whose two young nieces are adopted from China sees a similar distance in Europe’s understanding of the country today and a continuation of trade and misunderstanding from that of the seventeenth and eighteenth century. The sculptures resemble furniture and antiques with indiscernible meaning and use. Their quirky shapes and beautiful craftsmanship are a contemporary take on the curios that came from trade missions in the beginning of Chinoiserie.

Karen Tam, based in Canada, creates installations looking at the influences and cultural particularities of Chinese communities. Her work, like Douet’s, directly references Chinoiserie as she looks at contemporary issues and misconceptions of the culture. Paper cuts, a traditional Chinese craft, adorn the walls, referencing take away menus, railway posters, racist political cartoons and export chinaware.

Ed Pien, also Canadian, was born in Taipei, Taiwan and in this exhibitions presents new work including The Blue Vine. The blue references the Delft Blue colour iconic of exported Chinese porcelain whilst the drawing technique mirrors the hand-painted effect of glaze. As with his earlier works, creatures of all sorts abound. Here the politically motivated and denigrating caricaturization of the “Orientals” in the late 1800’s to the early 1900’s comes into play.

Lisa Cheung works often works with people, creating events and group activities. For Contemporary Chinoiserie she will show work created over the past few years for various commissions. One such piece is from a project in Plymouth with the local Chinese community. Working inside the Plymouth City Museum she made new porcelain pieces to go along side those exported though Plymouth’s history as a trade seaport. The crockery showed stylised portraits of the people she worked with at the time they first came to the UK. A recent work used light to shine the last texts messages of the Morecambe Bay cockle-pickers to their loved ones in a haunting installation.

Erika Tan’s work evolves from an interest in anthropology and moving image having studied Social Anthropology and Archaeology at Cambridge and film at the Academy of Arts in Beijing. In Contemporary Chinoiserie she shows ‘Shot Through: Journey of Connections’, a film looking at her own relationship with China through the memories and notes of well known philosophers such as Susan Sontag, Roland Barthes, Jacques Derrida and Julia Kristeva.

Pamela So employs the manipulative qualities of digital photography to re-interpret and re-present history based on her Scottish/Chinese background. So looks at the pick and mix attitude towards the use of Chinese motifs and extravagant and playful elements of Chinoiserie. Developing a lightbox piece, ‘Gaming with pigs‘, based on her own family history of gambling and her own fortunes of being born in the year of the pig she explores the destructive decadence of the genre.

Helen Couchman is currently living in Beijing. As the Olympics approached she sought to understand some of the human impact on the site. A new publication of her photographic portraits of the workers on the iconic ‘Birds Nest’ Stadium and ‘Water Cube’ has just been published with funding from Arup. For Contemporary Chinoiserie she shows a series of woodblock print landscapes. A traditional Chinese medium Couchman has learnt since living in the country. The images, striking on the surface, question the current regard for culture in the city she is watching change before her eyes.

Neil Stewart’s, whose wife is Chinese, has long standing interest in Chinese philosophy, which informs his work. He uses video to explore the very different concepts of time that exist in Chinese and Western cultures. Stewart videos of a traditional Chinese landscape and the room in which Mao lived after the Long March are in fact models.

At The Photographers’ Gallery 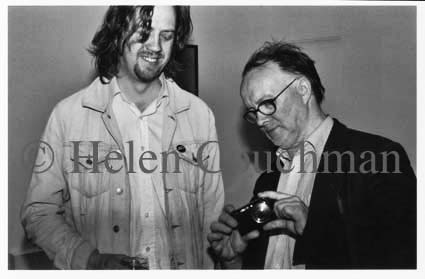 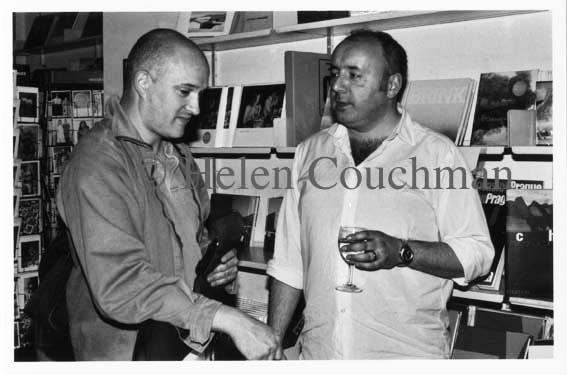 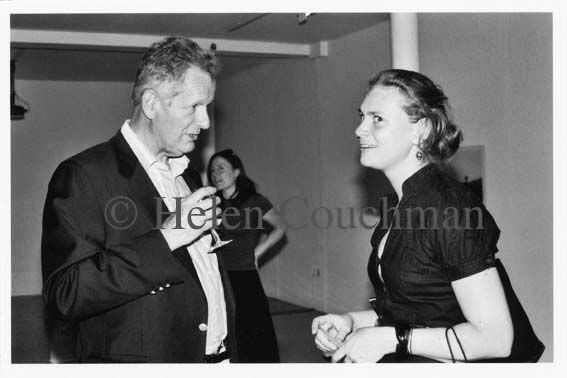 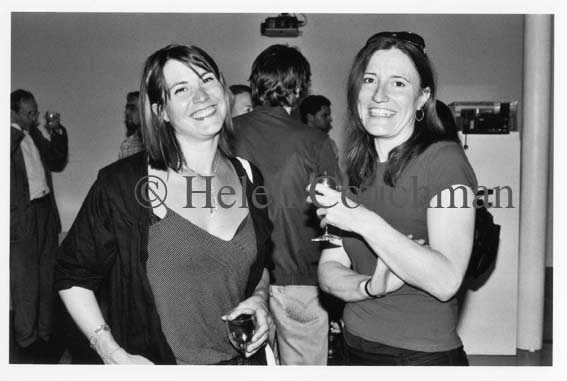 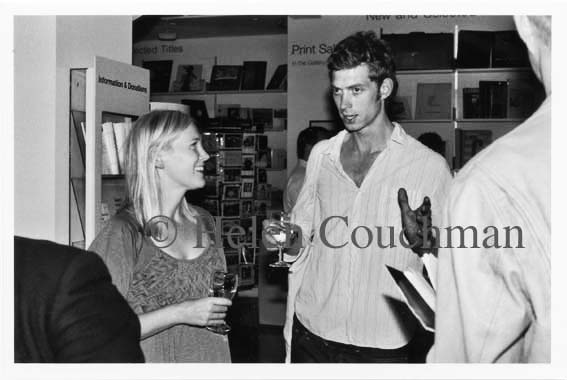 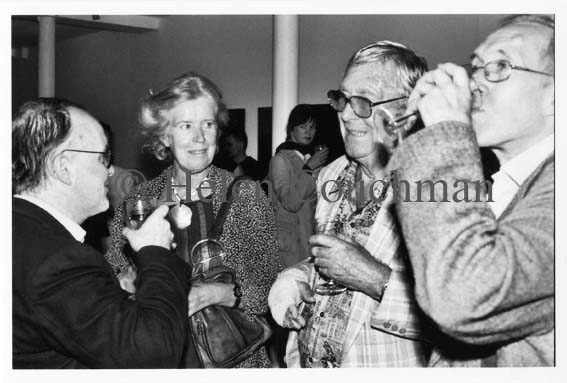 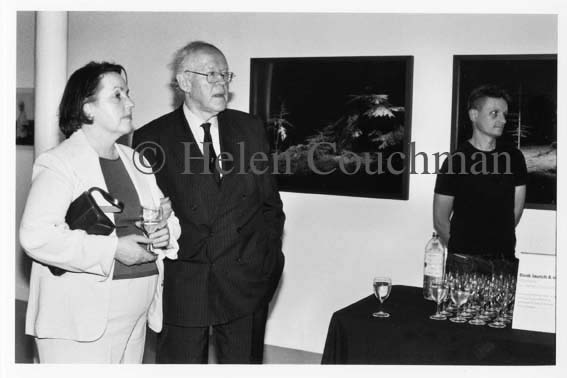 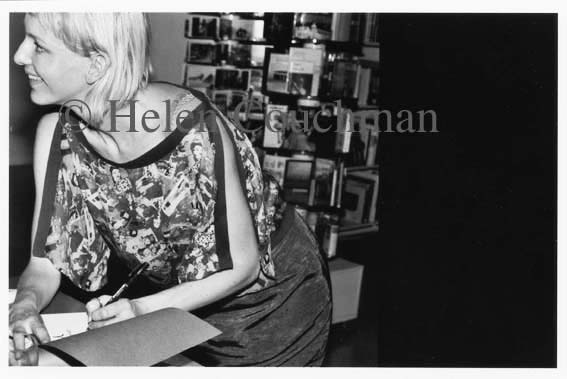 Photo thanks to J C