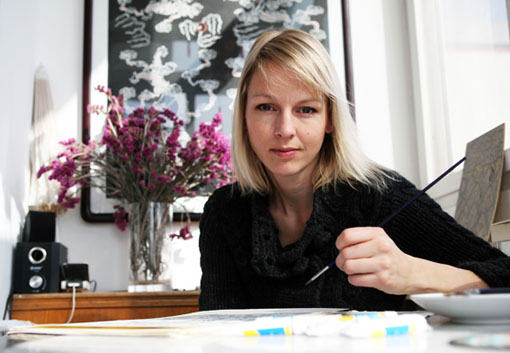 British artist presents cultures in photographs. A look at her bio makes it sound like English artist Helen Couchman has taken her art on a journey all round the world, the UK, Cyprus, Armenia, the United States, and for the past four years, China.

Couchman, however, would be more inclined to say that it is the other way around, that it is her art that has taken her all over the world. And for the last four years, it’s Beijing.

“I’ve lived in lots and lots of different places, but being here it’s pushed forward. I’ve taken it further.”

The question Couchman has been pursuing in her recent work deals with her how to identify ourselves with where we are, what is an ideal city and what makes Beijing Beijing?

“While I’m observing the city and what it means to go around and observe. I only see what I think I understand,” she said. “But I love the otherness of all of these things, and when they get filtered down they form, well, these fantasies, really.”

Couchman has chosen to visually articulate these “fantasies” through the manipulation of scale.

“With some projects there are tiny high rises or huge dragon statues. I feel that the dislocation or manipulation of scale make a playful landscape. And that’s been quite a recurring theme.”

In her series Untitled (Collecting and Dropping) Couchman presents this juxtaposition of cultures in a sequence of photographs, where she poses nude behind a massive Chinese fan from which the paper is gradually removed.

Couchman’s latest book, Workers, was a project that documented the men and women hired to construct the Bird’s Nest Stadium and the Water Cube prior to the Olympic Games. Photographing 143 individuals posing in the same position in front of these massive structures they have helped construct, the book is a singular portrait of both the workers and Olympic-fever Beijing.

While her primary medium is photography, she also works in other mediums. Her most recent work, a linocut series, Yellow Lining 12345, an exploration of clouds and the typography of the sky as a landscape. 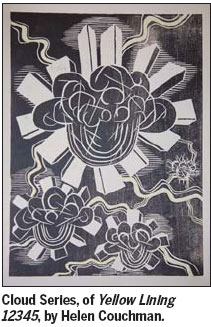 She says the inspiration for the series came when she arrived back in Beijing in February. “It was a blue sky day, but when we landed there was a smog of white, and what really struck me was that on top of this was a band of yellow, a sort of layer of tangerine.”

She decided to use relief printing for the series because of its rough-and-ready graphic appeal. “Because of the nature of woodblock printing, it really lends itself to a sort of crude form of printing, the positive and negative and little in-between. They’re a little more like a comic strip. A bit explosive,” she said.

Work from the series will be on sale at the Affordable Arts Beijing fair on April 24-25.

However, it was a photograph that first drew her to China. “I had seen pictures in the back of a glossy weekend newspaper supplement and one time they had a picture of the Harbin Ice Festival and it burned a trail in my mind from about 2000. After that, I was obsessed with coming.”

In 2006, Couchman was finally able to make her way to China via the Trans-Siberian Railway.

“I had never been to Asia before so it was great to go by land,” she said. “When I arrived in 2006, I decided after three days I wanted to live here and a year later I moved.”

But for someone whose living is made from exhibiting her ideas in public, Couchman’s creative method actually requires a lot of privacy.

“Even my friends don’t know what I’m doing,” Couchman said. “I just need a space. I don’t want to have to deal with other people’s points of view at this stage. I want people to see it and know what they think, but I think in the creative process you have to almost stop and go on with it. It’s a very vulnerable position to be in.”

Still, like any artist who deserves the title, she is comfortable with vicissitudes of her creative drive. Private fantasies, creative vulnerability

“I think that ‘s why I don’t understand why people harp so much about originality,” she said.

“Art’s all a melting pot of a bunch of other things people have seen and heard. The discipline is that I keep pushing myself on my own terms not a race against other, But a race against myself. 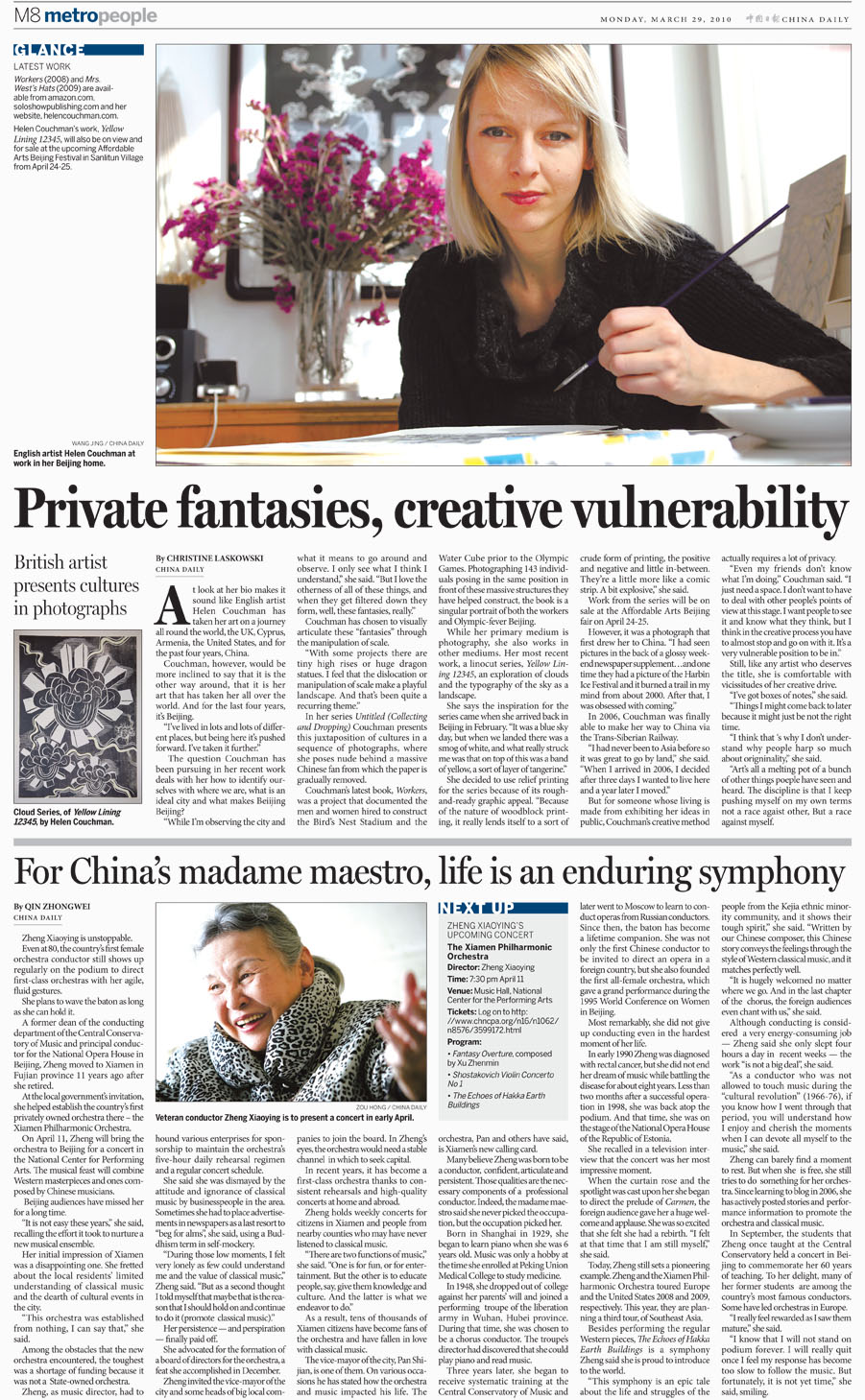