Although shot in December 2009 I have not seen these images until this week. Taken by freelance news photographer Shiho Fukada we agreed to do the shoot at Beijing Central station where I very first alighted in China from the Trans-Mongolian train – departing Moscow, stopping in Ulaan Baatar and onto Beijing, February 2006.

Images of my work and another portrait from that day were published with a feature by Dan Levin in both the The New York Times and International Herald Tribune arts pages, Sunday 10th January, 2010. 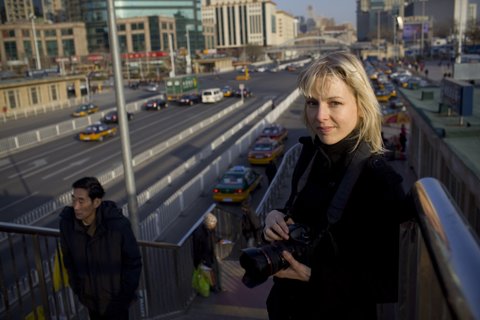 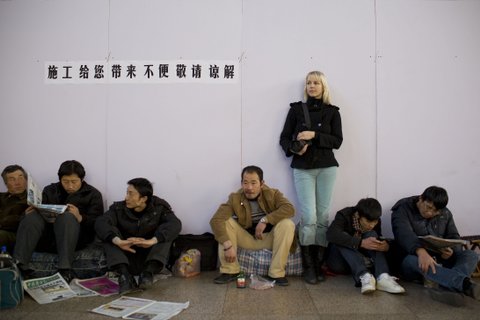 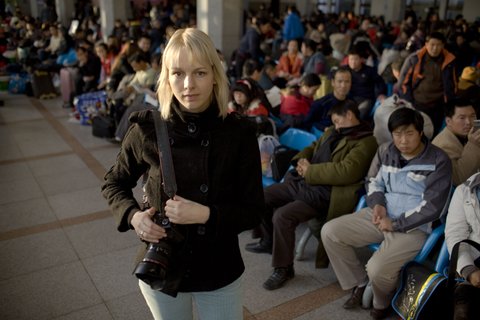 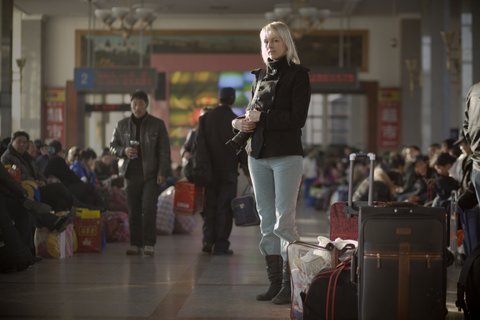 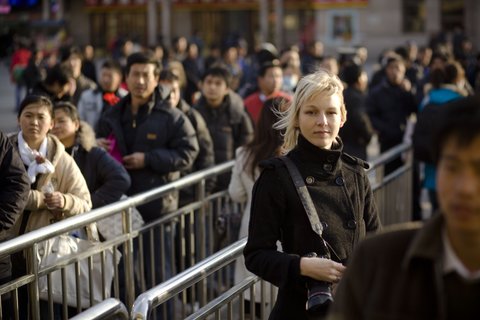