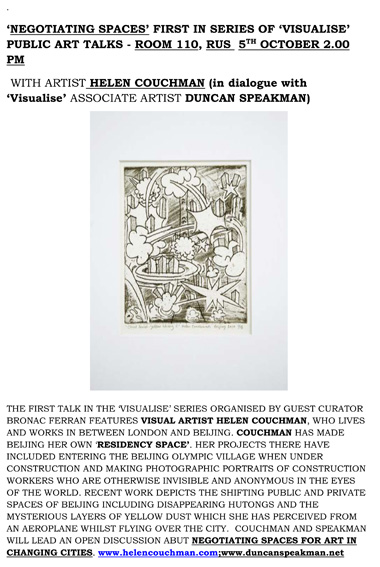 The first talk in the ‘Visualise’ series organised by guest curator Bronaċ Ferran features visual artist Helen Couchman, who lives and works between London and Beijing. Couchman has made Beijing her own ‘residency space’. Her projects there have included entering the Beijing Olympic village when under construction and making photographic portraits of construction workers who are otherwise invisible and anonymous in the eyes of the world. Recent work depicts the shifting public and private spaces of Beijing including disappearing hutongs and the mysterious layers of yellow dust which she has perceived from an aeroplane whilst flying over the city.

Couchman and Speakman will lead an open discussion about negotiating spaces for art in changing cities. 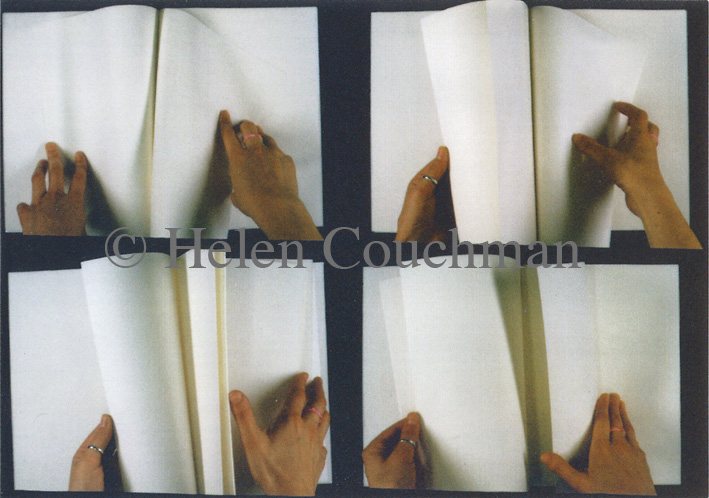