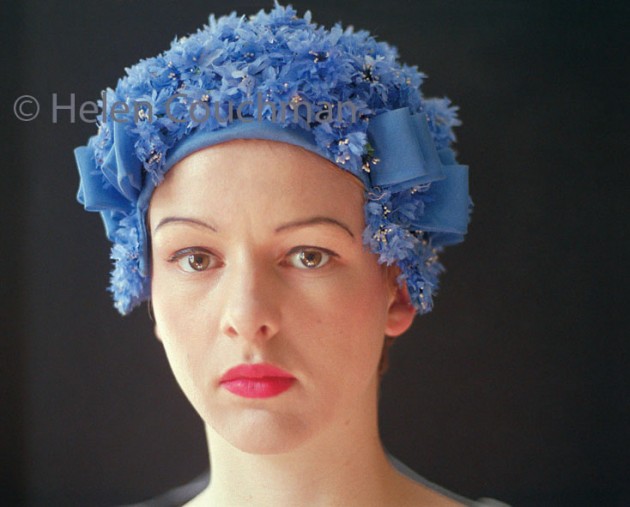 Mrs. West (1909-1993) was my grandmother and this work is prompted by my memories of her. She was a most influential person in my childhood. In my eyes she was creative, sharply intelligent and ceaselessly loyal towards me. She was most interested in the future, my future.

Much later when I tried on her hats I clearly remembered her. Each hat reminded me of a different aspect of my feelings for her. I hoped I had made her proud and wondered how I would follow in her footsteps and make steps of my own.

In England from the late 1930s to 1950s, due to rationing of cloth, it became difficult and expensive to buy clothes. So instead it was fashionable for elegant women to wear a different hat each day with a slim-fitting outfit.

All 60 portraits in the Mrs.West’s Hats series and an essay about the project are documented in a book of the same name. For more information see: www.soloshowpublishing.com