The charming Muscat is where Gallery Sarah is located. It is right next to Bait al Zubair. With the sunlight giving a natural delight to the photographs, women adorning bright coloured garments come alive, the white colour of the wall making them appear even more vibrant and prominent.
The photography exhibition is called Omani Women. It is a collection of images of Omani women taken by Helen Couchman over three years. The idea took form in February 2012. She flew in from Beijing, where she was stationed at that time, back to London where she continued with her research and planned out the journeys.

Asked what she felt when she began to visualise the concept, Helen said: “My first thoughts were the Omani hospitality and meeting Omani women and being really struck by the brightness of their clothing, their variety and individuality of their clothing. I realised that you cannot buy these clothes on the shelves because the ones I had seen were tailor made. So they struck me as special.”

Helen travelled throughout the country capturing special moments. From the desert to the city, from a mother with her toddler to a working woman — the images portray the subject’s world in a unique way. The women are in their natural surroundings, in clothes they wanted to wear with poses they wanted to strike.

Helen pointed out that one has to keep in mind that each image is a photograph. “I think it is interesting to consider the particularity of photography. Actually in my work as an artist I use mixed media. Sometimes I draw, I paint and sometimes make installations and so on. But when you photograph someone you have that moment when they are in your sight and it is about capturing that moment of time. In this project I deliberately asked the women, my sitters, if they would choose what they were going to wear and choose how they want to portray themselves with their hand gestures, how they would like to cover the faces or how they would like to present themselves, which is not necessarily typical often with artist’s portrait. The idea is that the artist chooses what the person wears or how the person sits and how he or she presents themselves because the artist has that vision. With this I wanted to collaborate with them and find out what they would like in terms of how they wanted to present themselves,” said Helen.

Helen took three expeditions of 10 days each time. She chose not to stay in hotels and instead camped out. And it is one of those locations that inspired her to design the cover of her book entitled Omani Women, which compiles all the portraits that are in the exhibition.

“Oman is a beautiful country and it is such a pleasure to camp here. I realised quite quickly that because of my funding, staying in hotels would make the project impossible for me. But I also wanted to reach far flung places and go to villages, mountains and the desert where it is not easy to find somewhere to stay. Camping gave me flexible time so I could spend time with women and follow each day as it played out. I would just camp wherever I reached. It was the most practical solution. It was a lovely way of spending my time in the evenings,” reflected Helen.

There were lots of interesting places but one that caught her imagination was Haima. “I camped at one place twice because it is in the middle of the country. On two occasions I crossed it. It was the area around Haima. It was very central and desert-like. There was very little but the desert is beautiful. I woke up there and looked out at dawn and the desert was pale pink with little white flaxes. It was beautiful. I thought how beautiful to have such harsh climate, arid and difficult to live and yet have such soft colours, which you can argue as feminine colours. The sky was powder blue. It struck me so much that it became the cover of the book, which accompanies the exhibition,” said the photographer.

There were more sceneries and landscapes that came across during Helen’s journey but she tried hard to concentrate on her project — Omani Women.
“When you are pursuing something, you find yourself in situations which you may not have expected. It is easy to get distracted by the things you are learning and finding out. This project was no different. I came across food, met kids, people playing music, saw landscapes, houses, farming, animals, things normally I would not have expected. This happened all the way through the project. But I tried very consciously to keep my focus on the project at hand because it is so easy to get side tracked. I find that you get good results when you put a lot of energy and focus in what I am doing. I am happy I completed it,” said Helen looking content.

The three-week exhibition will conclude on November 5. 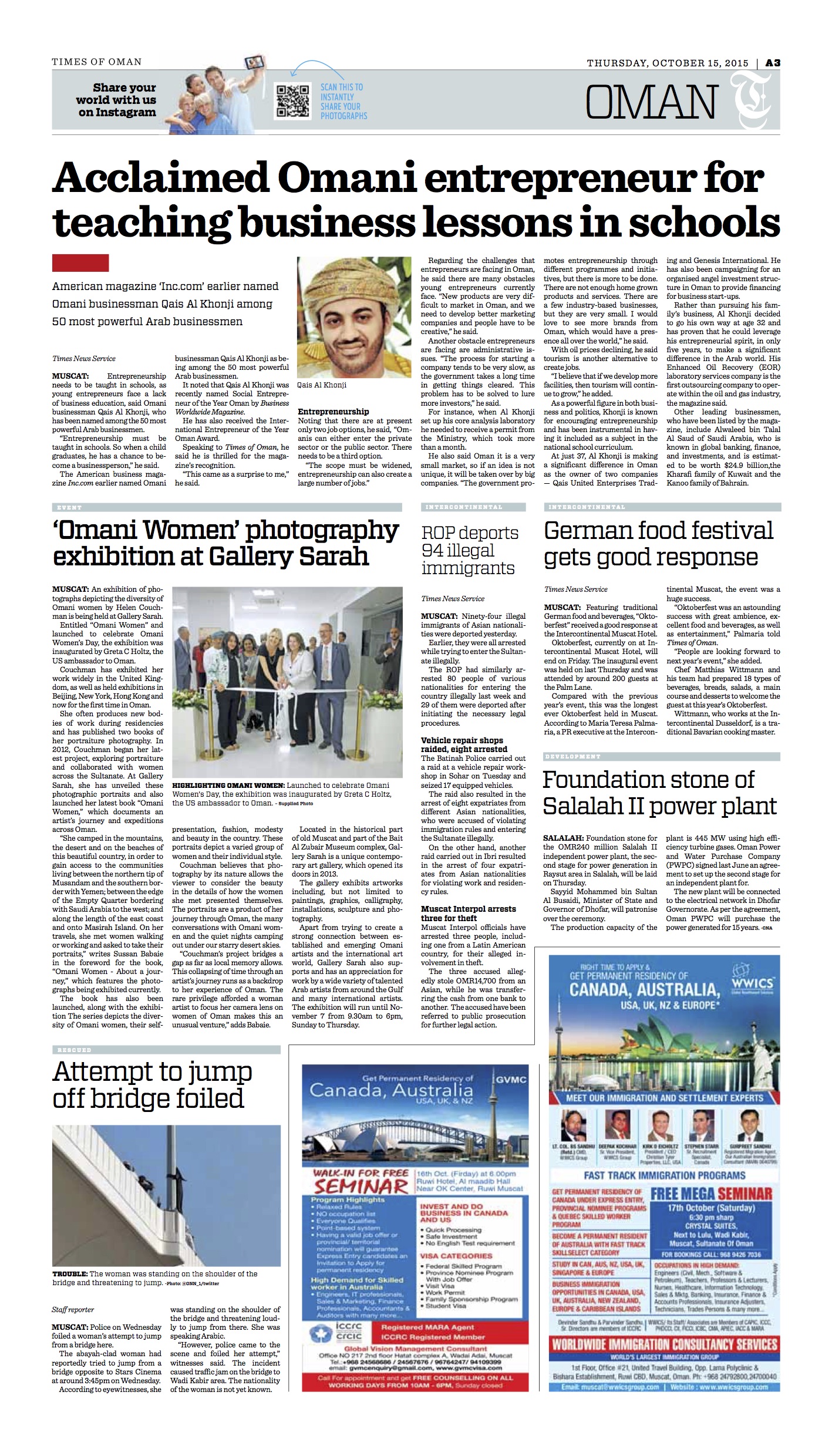 Presentation and Q&A with the Higher College of Technology Oman about the project, exhibition, photography and book. Gallery visit at the Omani Women show at Gallery Sarah, Bait Al Zubair Museum. 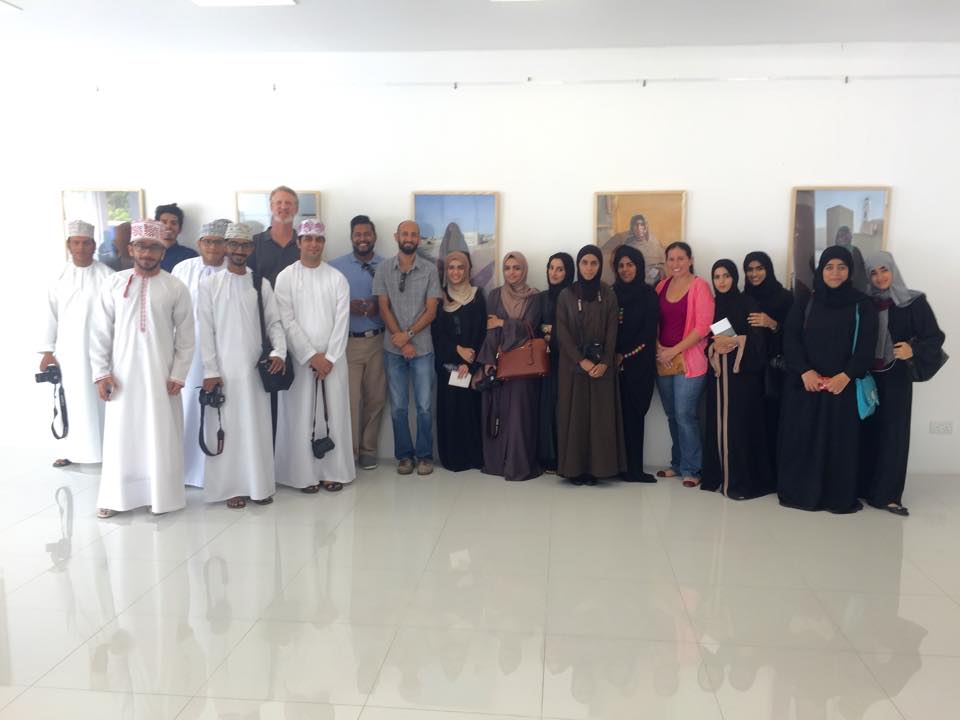 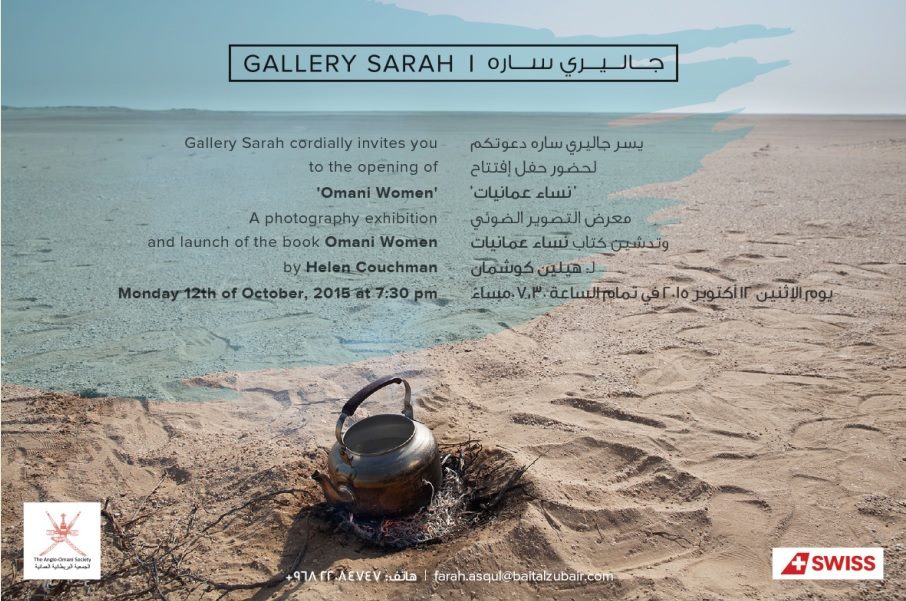 Gallery Sarah cordially invites you to the opening of
Omani Women
12th October 2015, 7.30pm
at Bait Al Zubair Museum, Muscat
The exhibition will be opened by Her Excellency Greta Holtz U.S. Ambassador to Oman 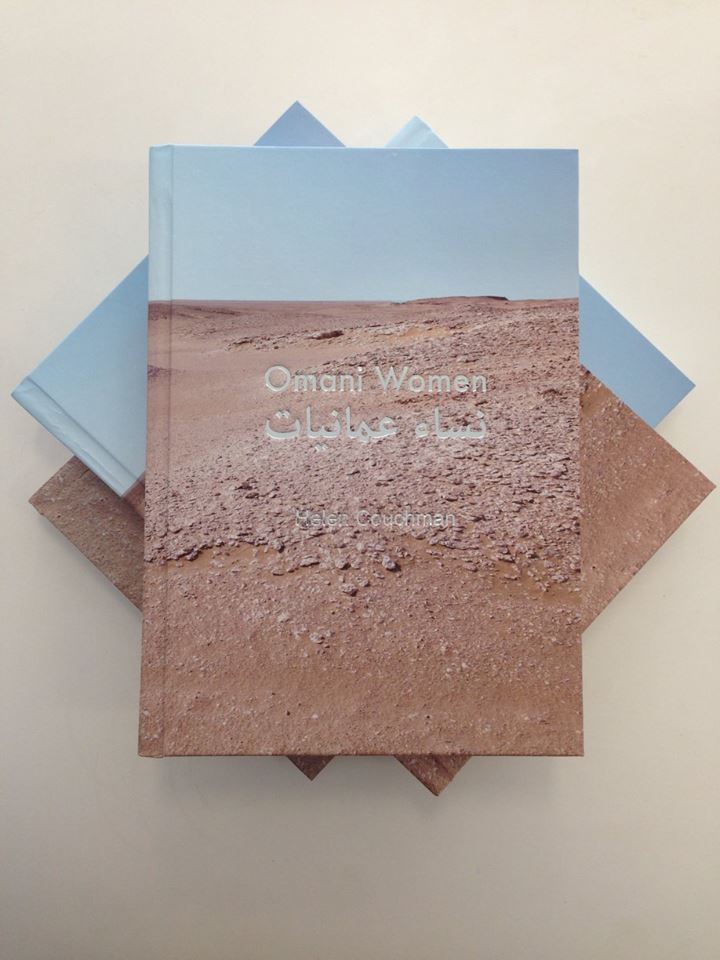 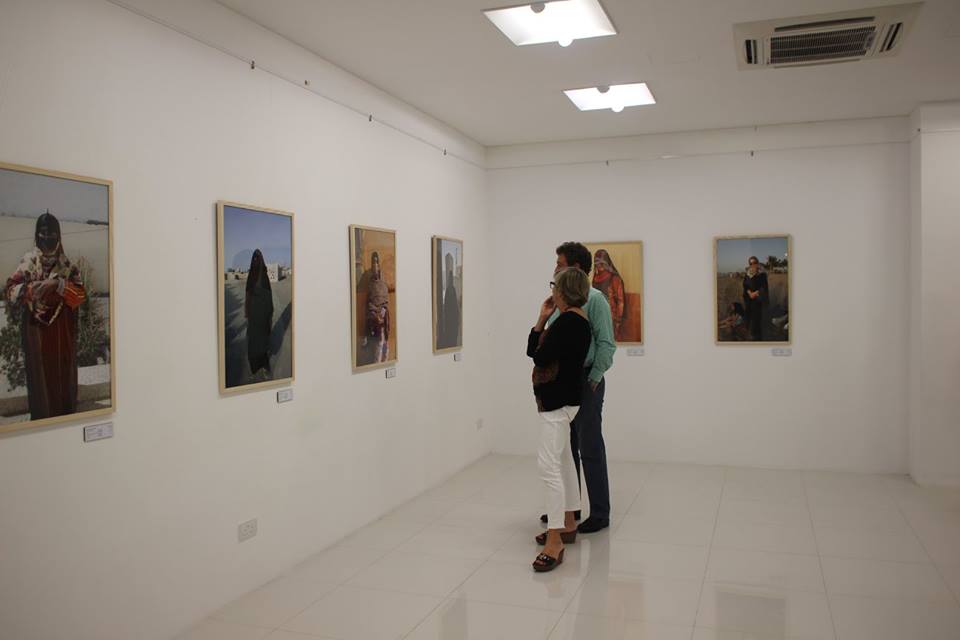 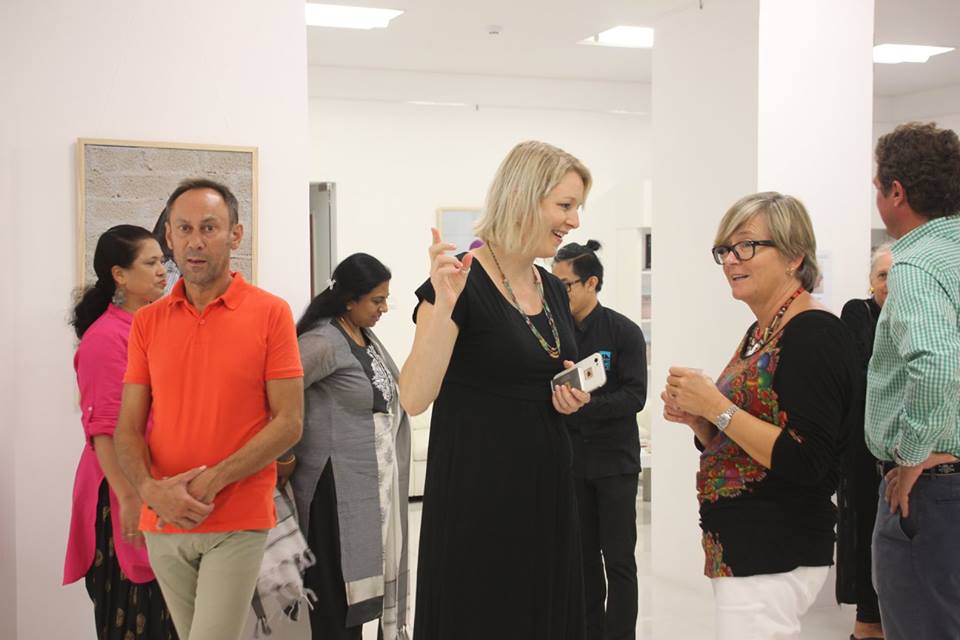 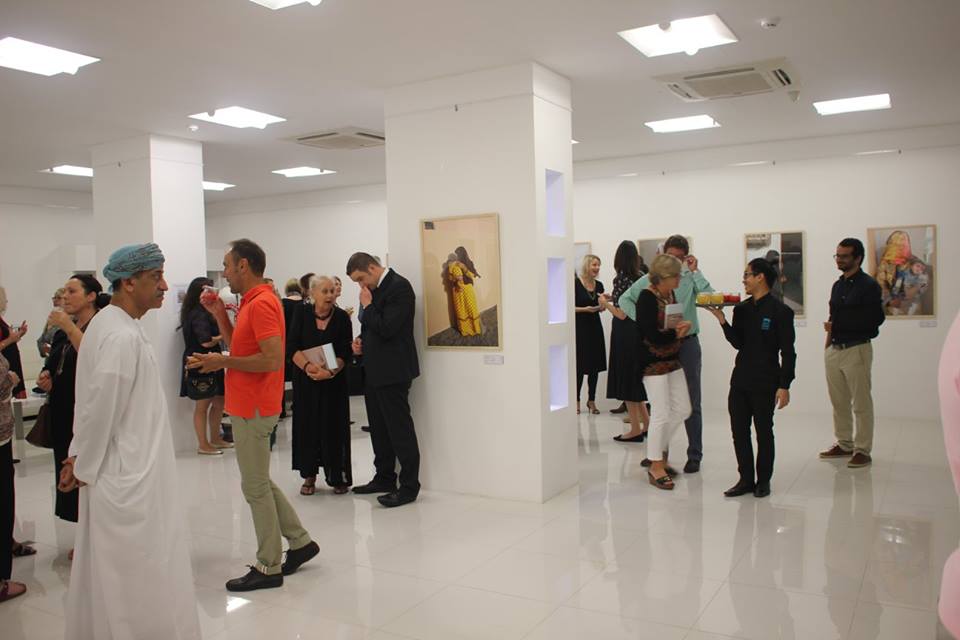 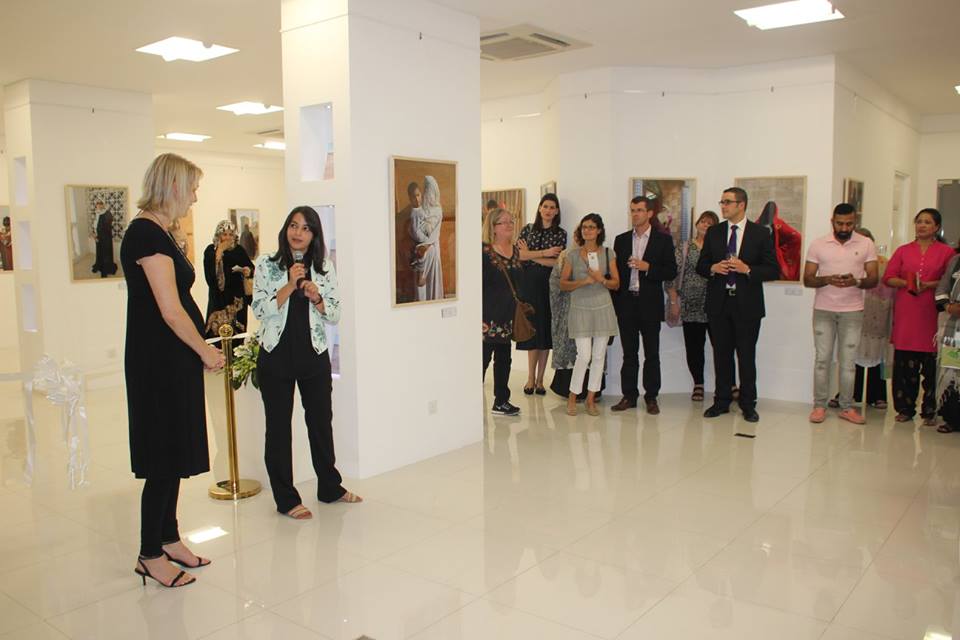 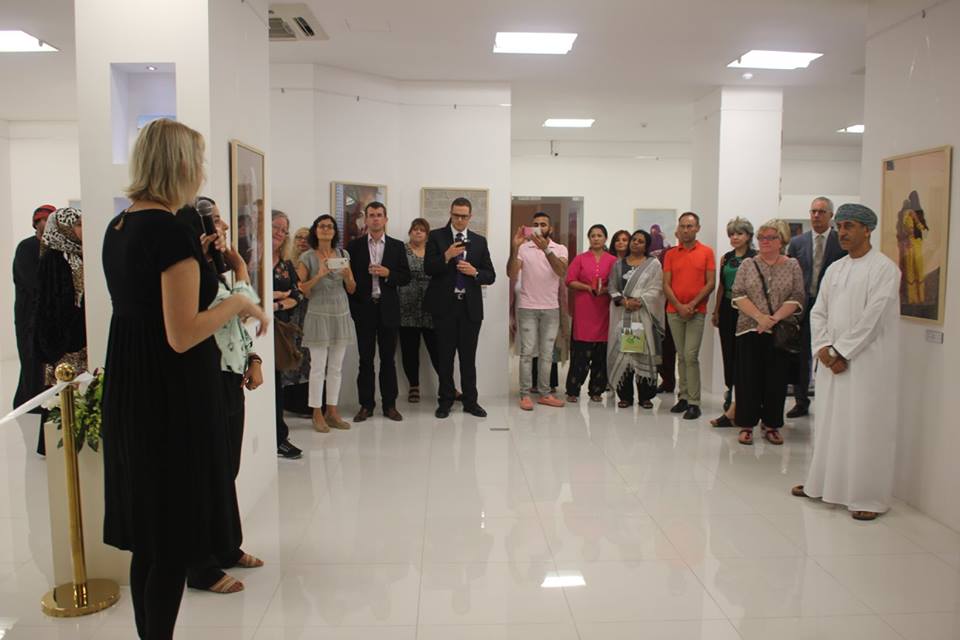 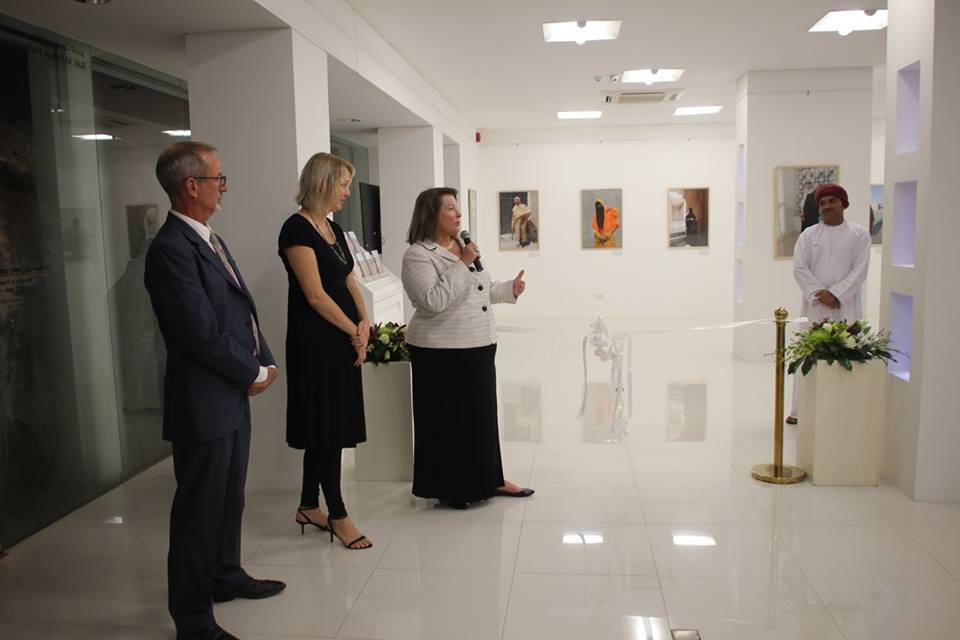 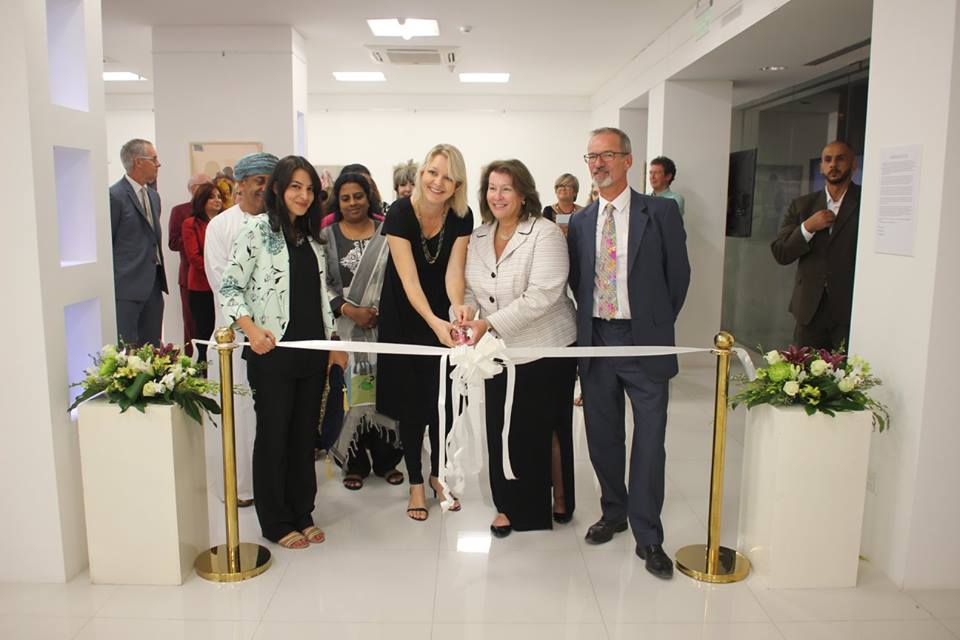 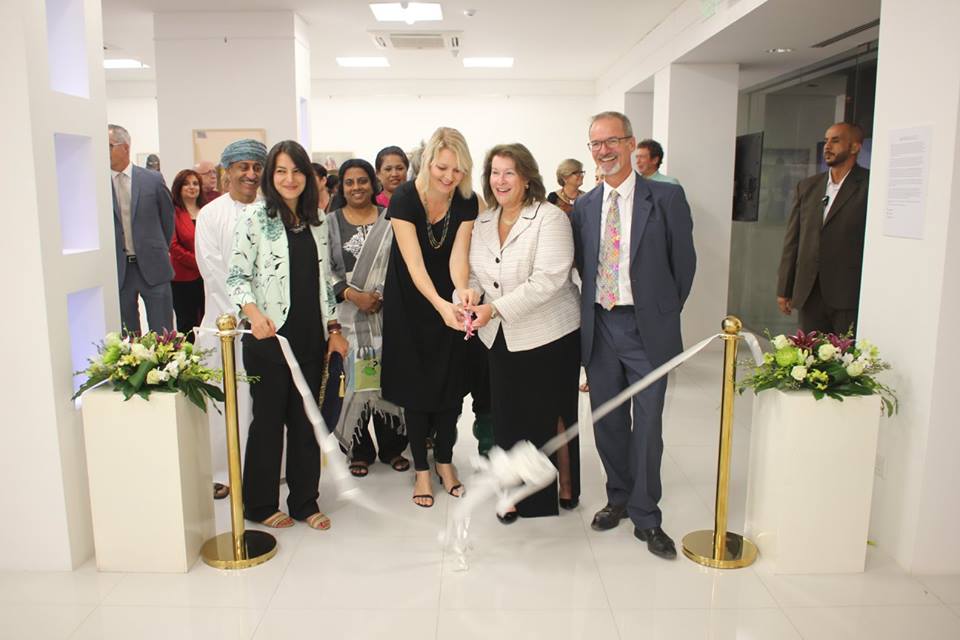 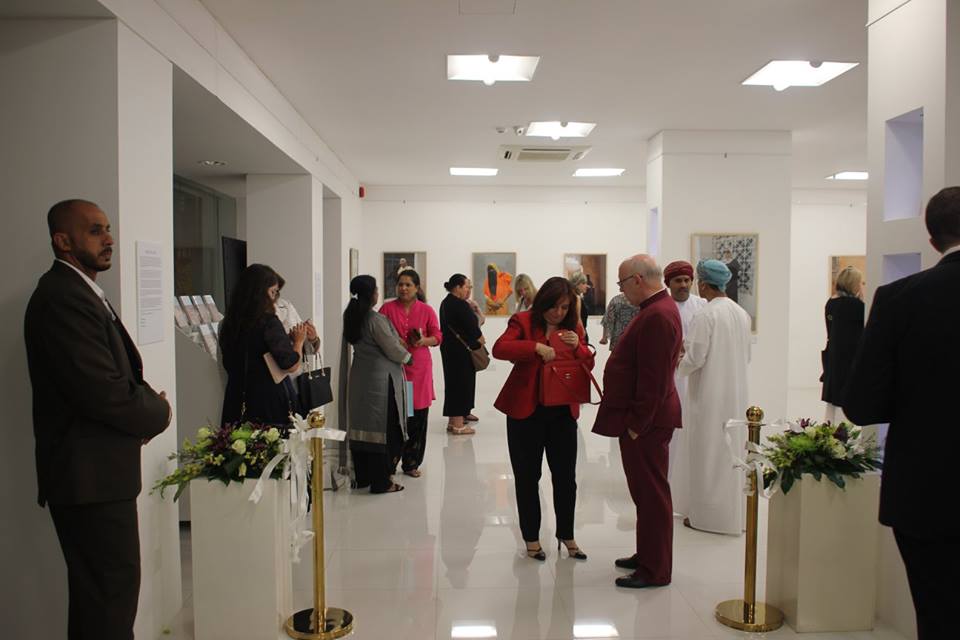 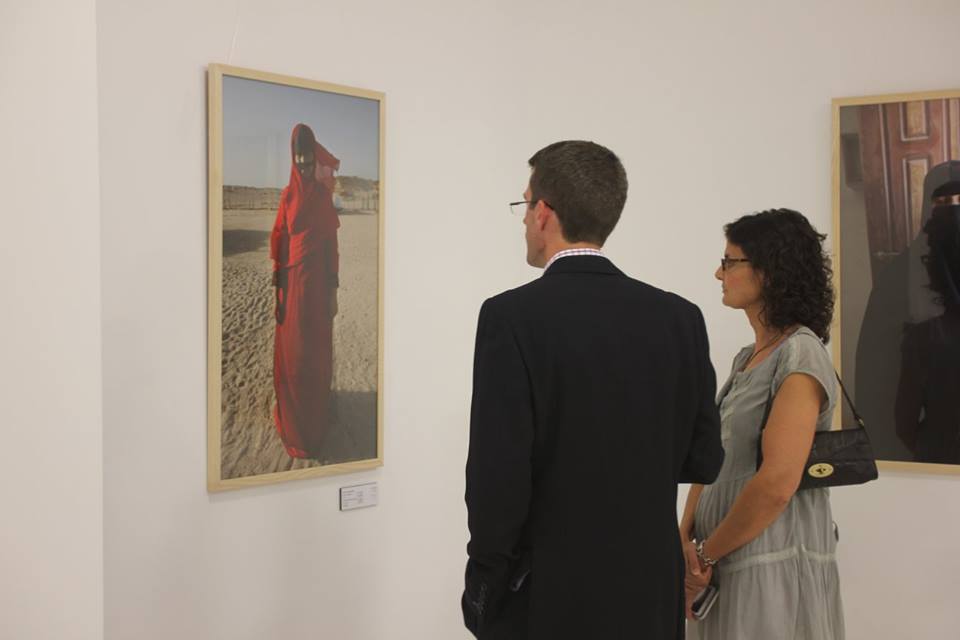 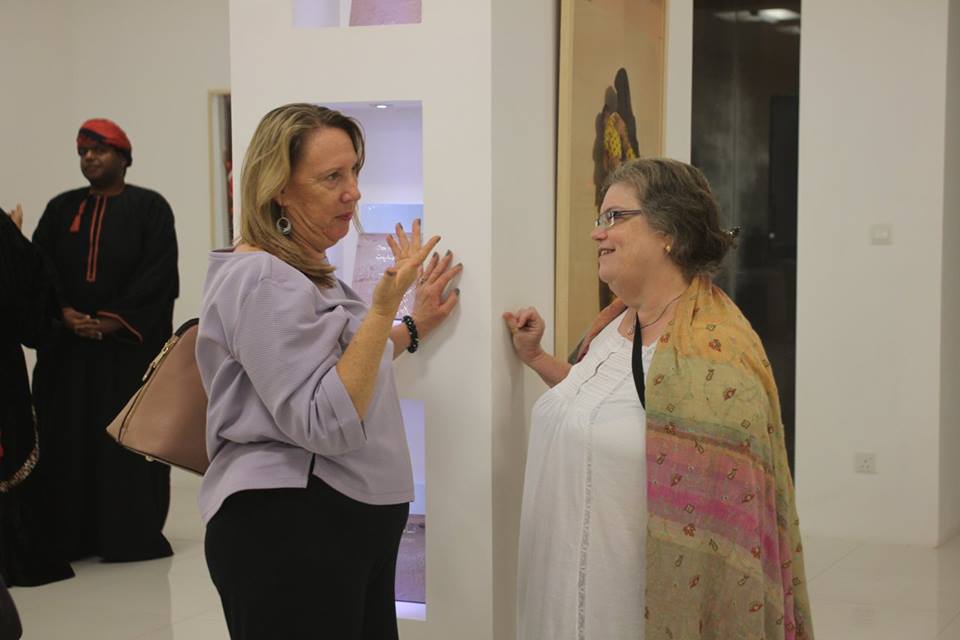 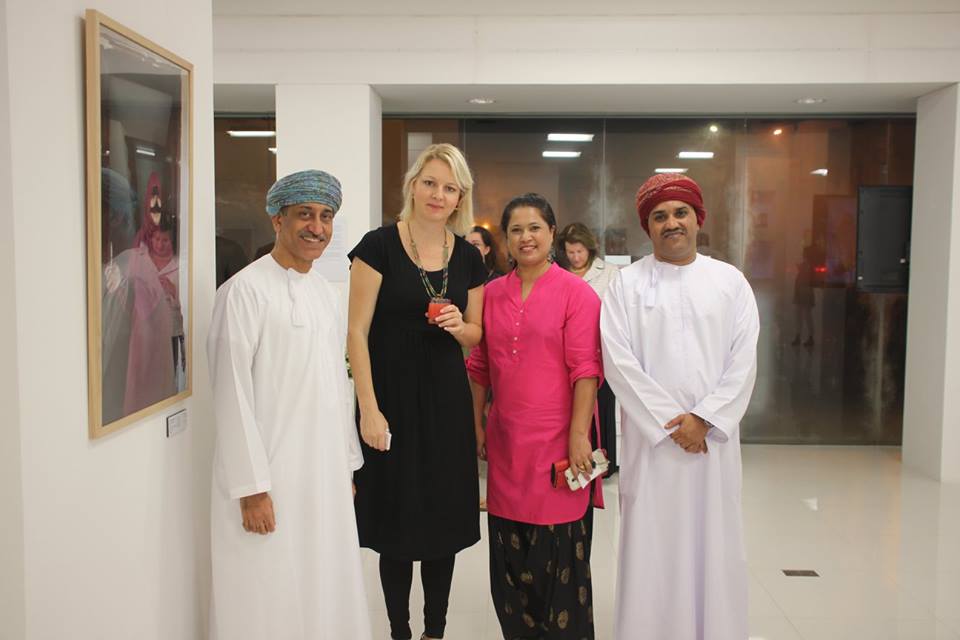 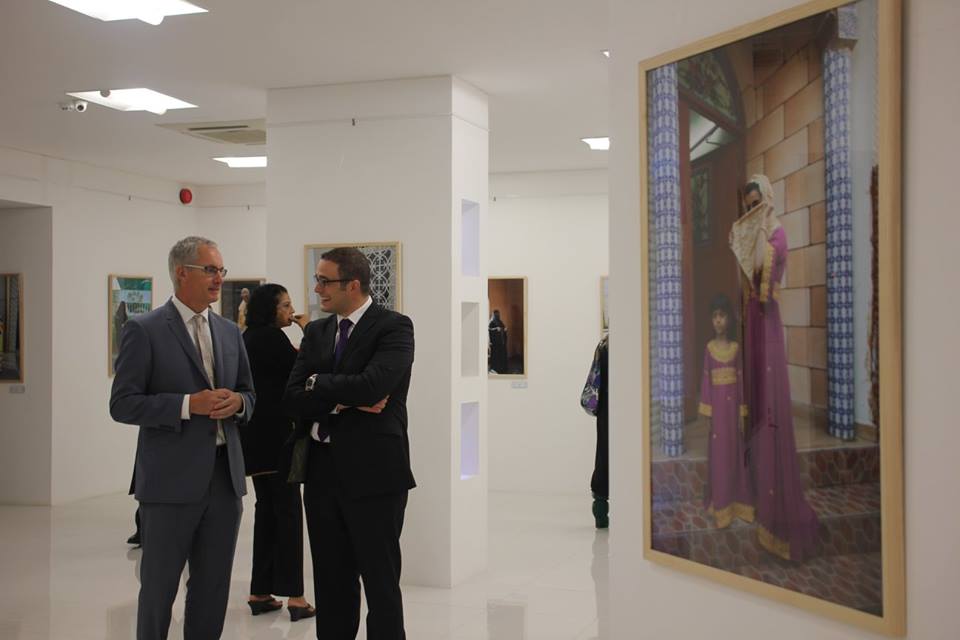 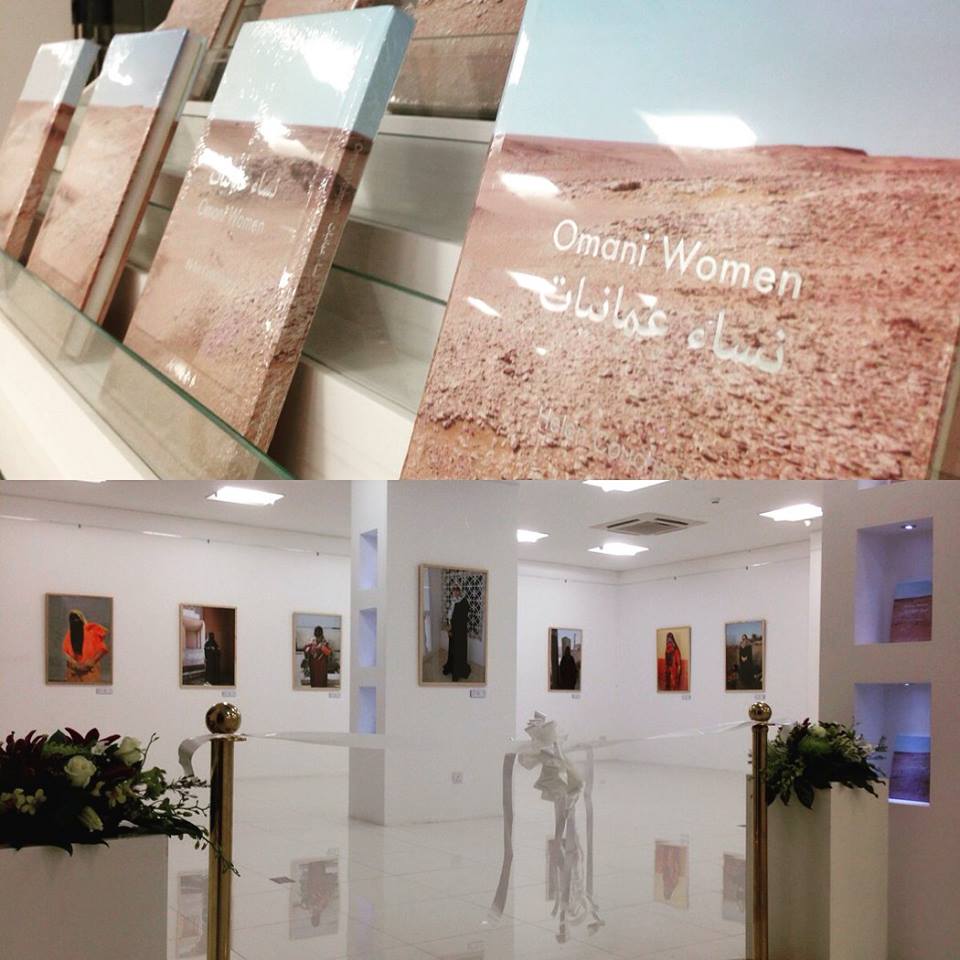 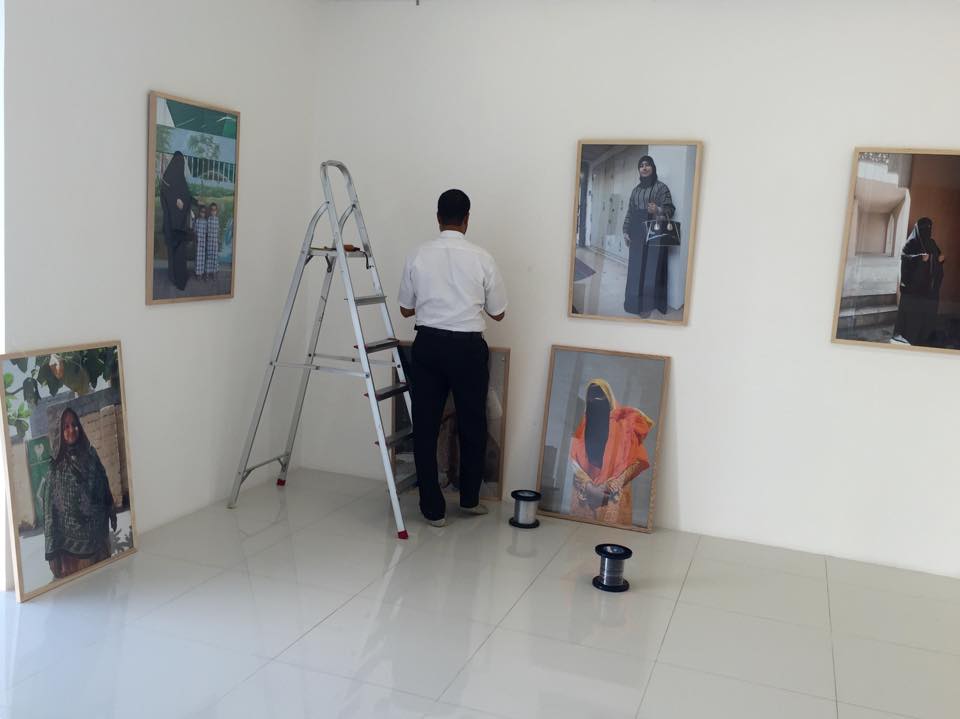 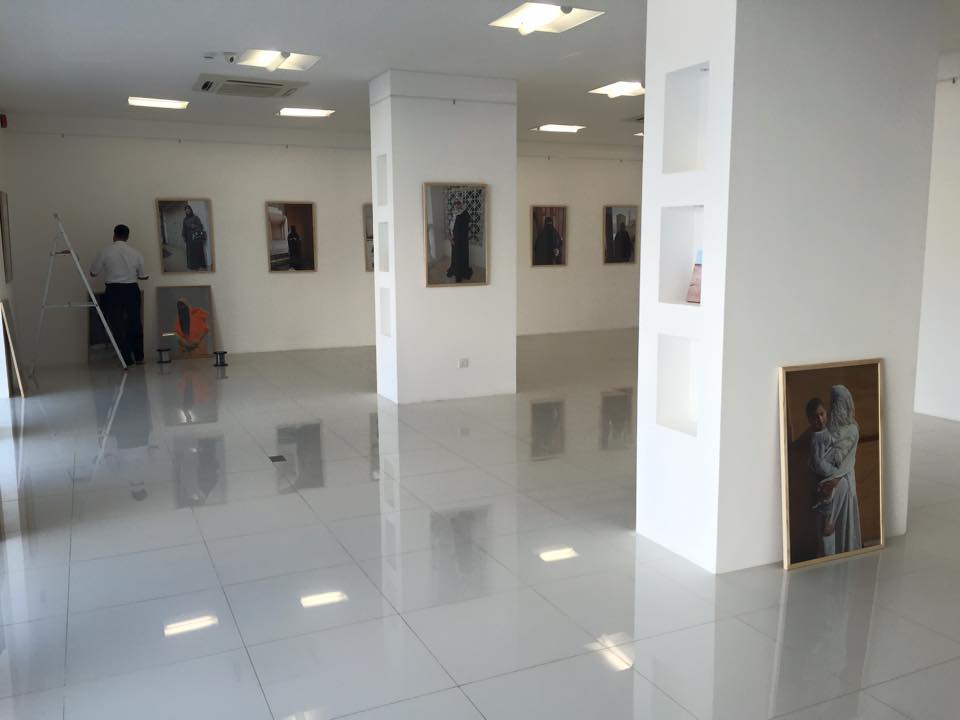 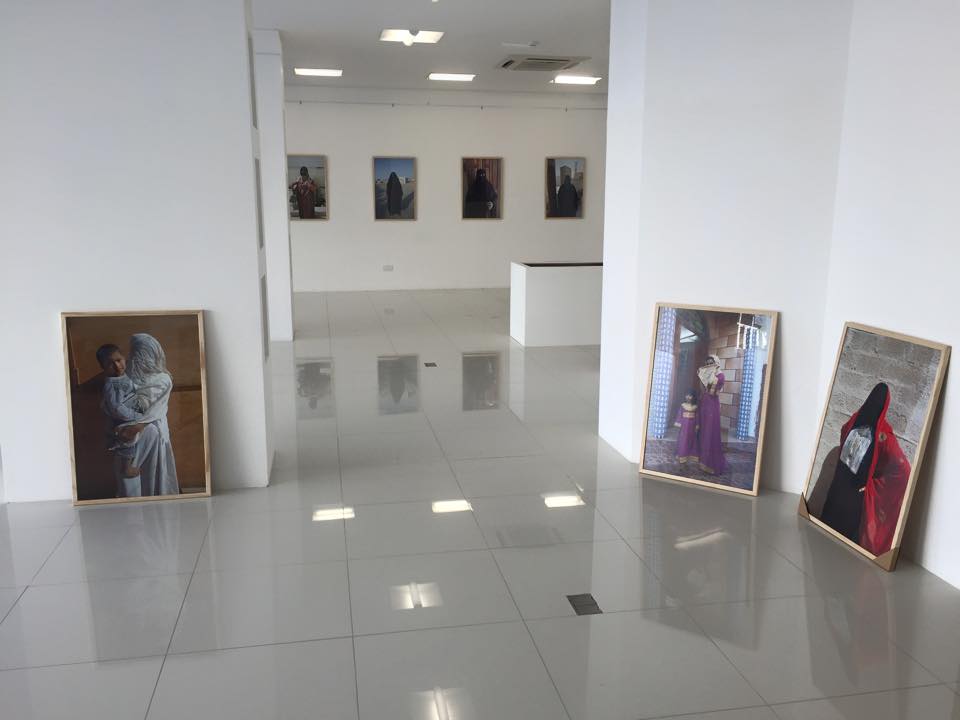 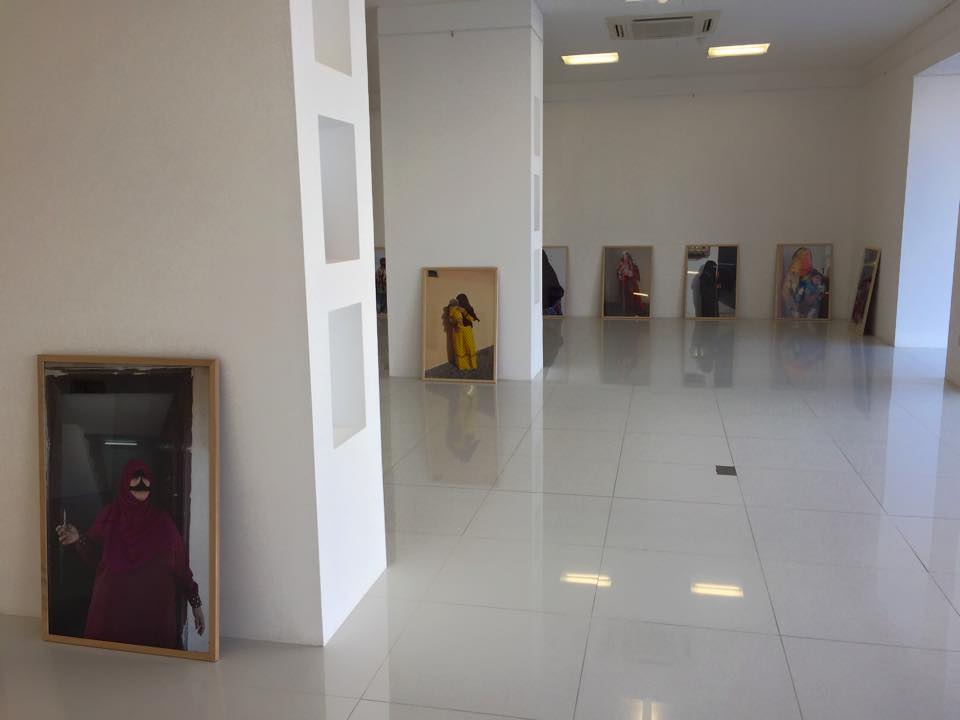 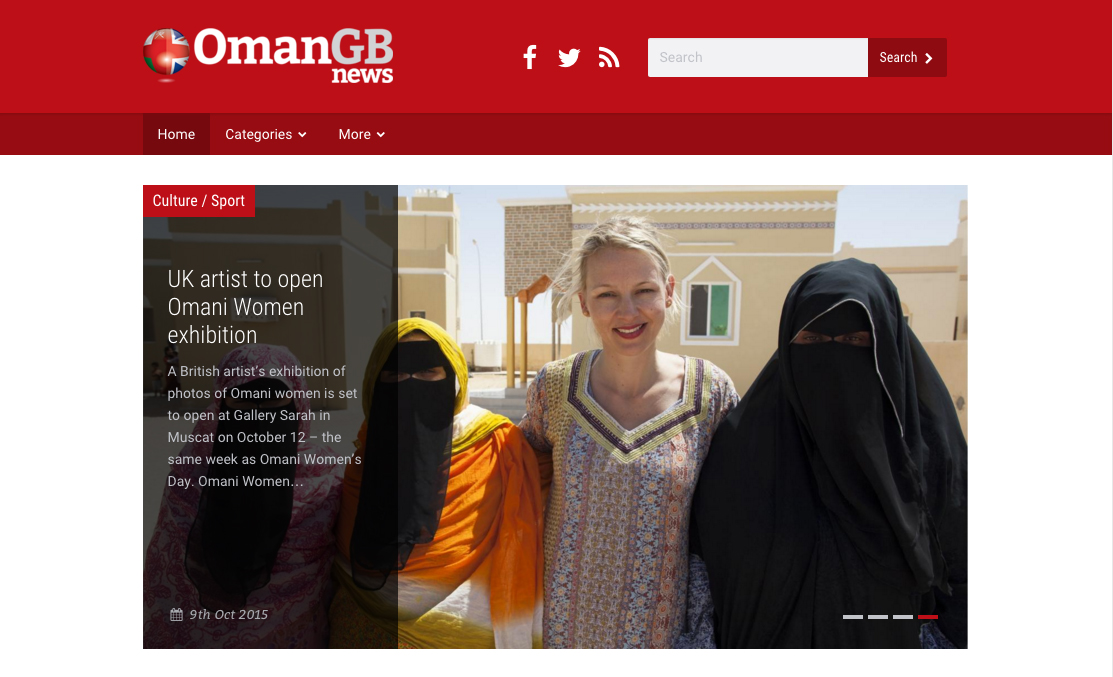 A British artist’s exhibition of photos of Omani women is set to open at Gallery Sarah in Muscat on October 12 – the same week as Omani Women’s Day.

Omani Women, which is also set to be exhibited in London in November, features 146 portraits taken by acclaimed artist Helen Couchman.

An associated book of the same name, funded by the UK-based Anglo-Omani Society, is also set to be launched at both events.

Helen, who completed a BA in Fine Art at Sir John Cass in London in 1996 and an MA in Critical Fine Art Practice at Central St Martins two years later, first visited Oman in February 2012.

“I was immediately struck by the country’s welcome and warm beauty,” she said. “Then, while on an expedition in the desert at the edge of The Empty Quarter, I happened upon two Bedouin women who were walking as if from nowhere through the unmarked dunes. They invited me for cardamom coffee and fresh dates and showed me around their farm, which was hidden behind a couple of dunes. 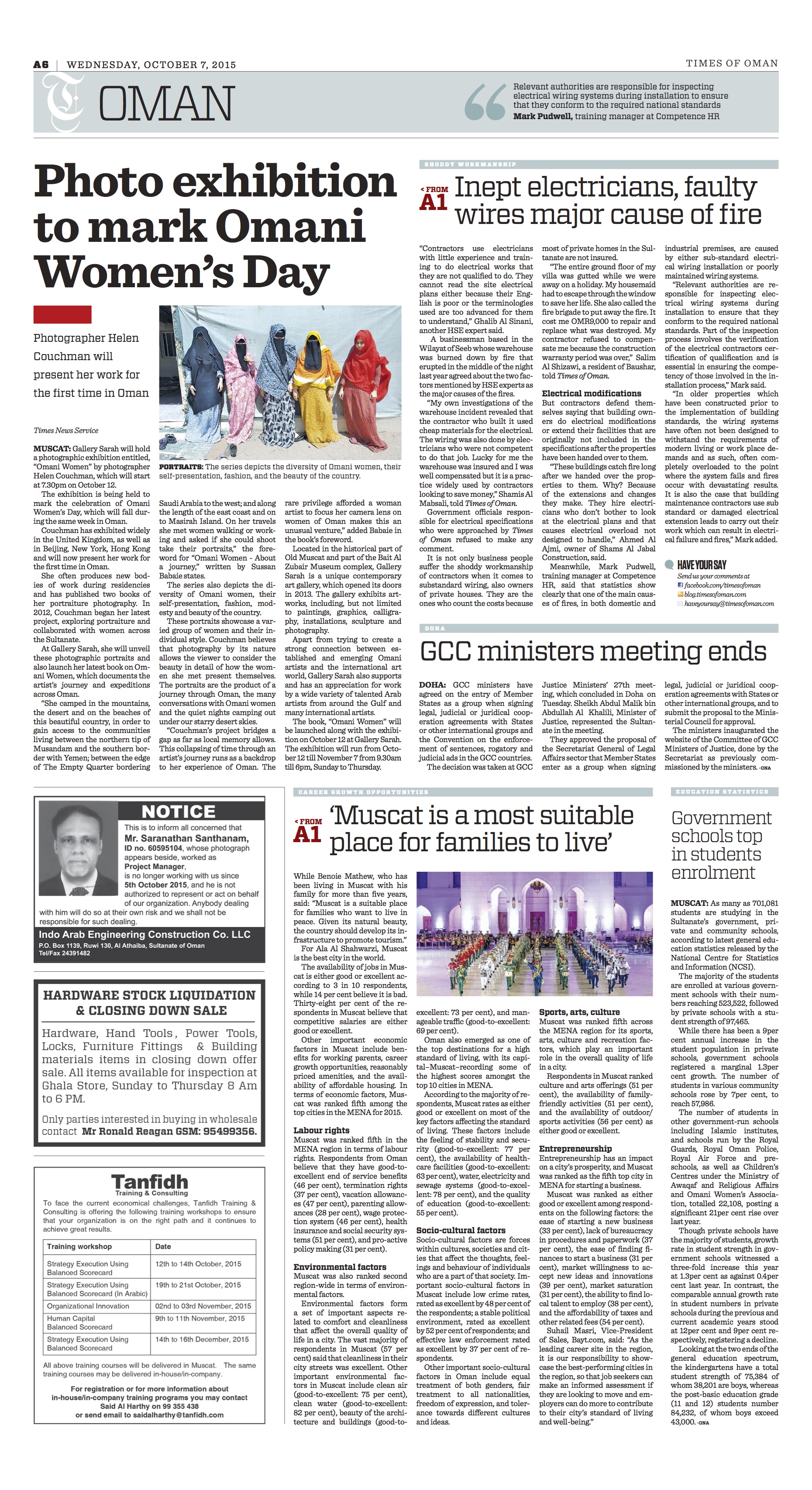 As part of its fifth edition, the Brighton Photo Biennial 2012 invited the submission of self-published, handmade or short run photography books, to be included as part of a photobook Exhibition at Brighton’s Jubilee Library throughout the Biennial (6 October – 4 November 2012) in collaboration with Photobook Show. The only criteria is that the book relates to the Biennial’s theme: ‘Agents of Change: Photography and the Politics of Space.’ All of the books submitted are included here. While the Biennial aims to offer a tightly curated programme of exhibitions, talks and events, the open submission format of this exhibition opens the theme to multiple interpretations.

Each photobook project should focus in some way on the diverse image cultures resulting from recent efforts to reimagine urban spaces through their occupation, and assess a range of historical and contemporary practices in light of the wider discussions they raise. It sets out to probe at the distinctions that separate art and activism, and pose questions as to whether – and in what circumstances – images can serve as agents of social and political change.

BPB12 aims to provide a critical space within which to think about relationships between the political occupation of physical sites and the production and dissemination of images.

In December 2007 Helen Couchman, member of Accademia Apulia UK, photographed a large group of Chinese workers engaged in the construction work of the 2008 Olympic park. Couchman chose a specific group of labourers, employed to build the iconic ‘bird’s nest’ stadium and the Olympic swimming pool.

The 143 portraits that resulted are contained in an amazing book WORKERS. Between 11th of April and 8th May 2012 thirty portraits from the WORKERS series will be on show at swanky Yihe Hotel in the Chaoyang district of Beijing. The portraits will be part of a group exhibition, Heyi 798 Art Project, curated by renowned curatorial duo Wong Jun and He Bing.

The group exhibition, under the wing of Gabriela Salgado (formerly Curator of Public Programmes at The Tate Modern) will include some one hundred established artists showing an interesting sample of eclectic creativity.

For more information about the series ‘WORKERS’ see www.helencouchman.com

For more information about the project in book form see, ‘WORKERS’ see www.soloshowpublishing.com

The Heyi 798 Art Project will be on show until 8th May 2012 at the Yihe Hotel, 9 Jiuxianqiao Lu, Dashanzi, Chaoyang District, Beijing.